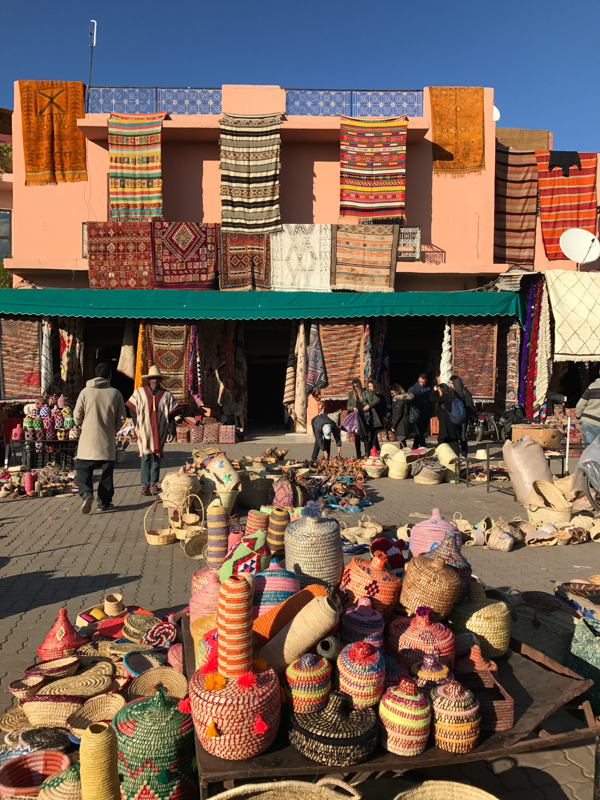 MALTA
In this old country, fed by 3000 years of history.

“Marrakech The Red” gave its name to an entire country. The city has often borne the name of Morocco, until the end of the 29th century. It was only in 1812 that the name of Marrakech was definitively adopted and that Morocco designated the whole country. It remains the capital of all Moroccan South.

It is the four colors city, ocher houses, green palms, blue sky, on a scenery of white peaks.

We had a delayed flight once again with Tui Fly, landing 2 hours later than expected. It was time to find a taxi for the medina, but as always negotiation were necessary.  A taxi will always ask for 200-300 MAD (20-30$), but we end up paying 50 MAD from the airport to El Badi Palace. Our riad was located just near by, and in Marrakech it is always a good idea to do some research before, in order to tell the driver, a landmark, rather than a riad.

At midnight, the city is calm, but you do not want to spend an hour looking for your riad in the labyrinth of the Medina, especially when the taxi locks the doors of the car as soon as there is a small group of people in the streets.

Dar les Cigognes is located right next to the Badi Palace as said before, you just basically need to cross the street. The entrance is 10 MAD (1$) per person and 20 MAD if adding access to the Minbar de la Koutoubia. This huge chair, dating back from the 15th century, is considered a jewel of art, and its fame has been inscribed in Western Arabic literature for centuries. The details and the work of restoration realized is impressive.

A Minbar is the place where the Imam, in the mosque, deliver sermons every friday. No more than ten minutes to read all the explanatory texts and to exit. It probably wont be your Marrakech highlight, but for that price, it would be a lack, not adding it to the visit.

The storks have found refuge on the top of the walls all around the palace, one hears their distinctive bill-clattering regularly. The palace has lost some of its luster but we can still imagine the decoration and the basin, thanks to a 3D video displayed in a small room near the inner courtyard. 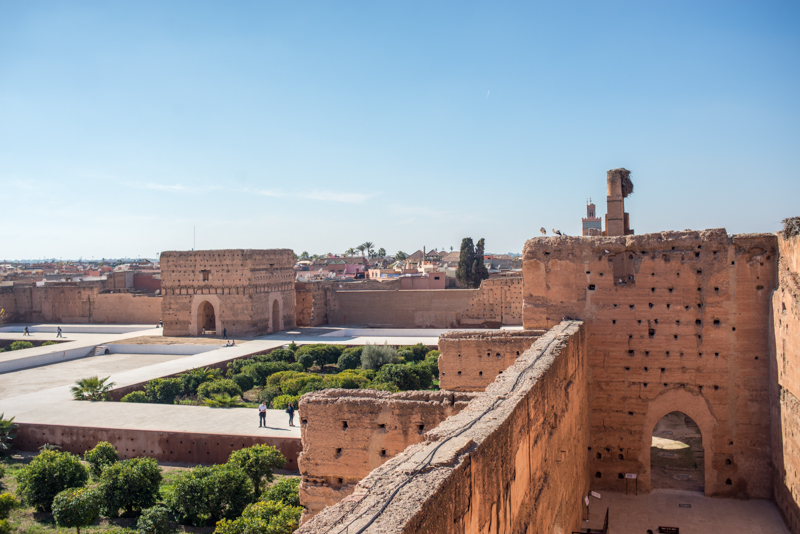 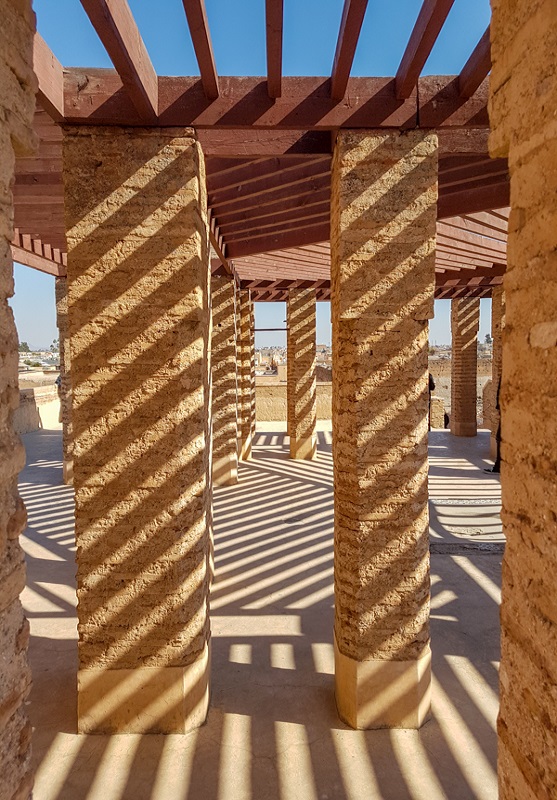 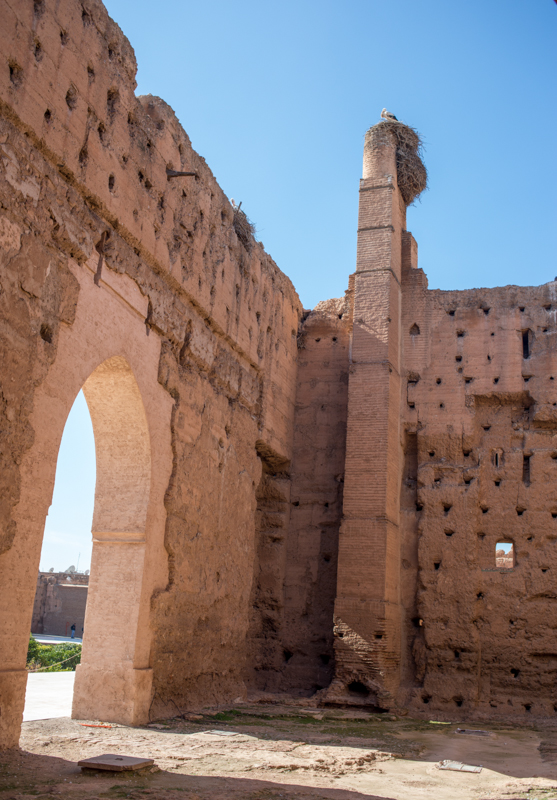 If you walk 20 minutes further to the West, you will find yourself at the Saadian tombs. Dating back from the 16th century, many members of the Saadi Dynasty are buried there. The site was not rediscovered until 1917, by chance of some aerial shots, in fact, the edifice had been walled up and completely concealed by the Alawite dynasty (entry fee = 10 MAD). 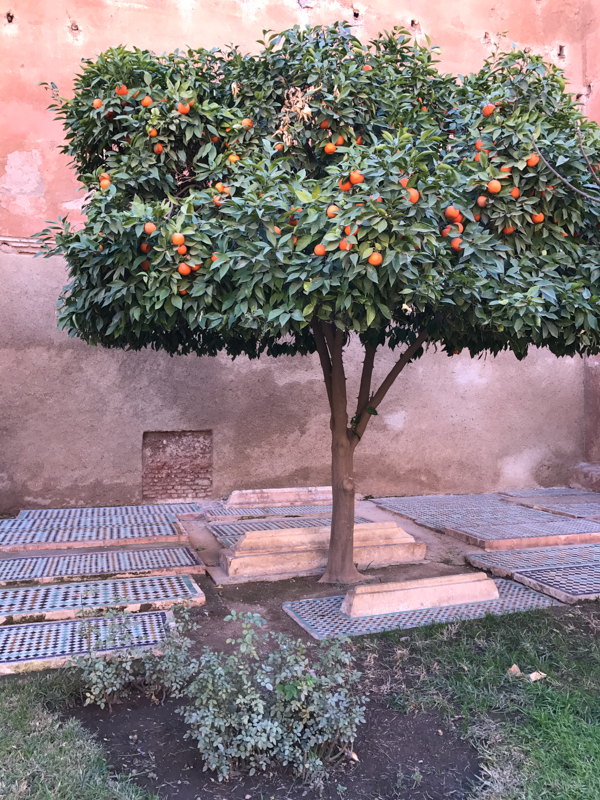 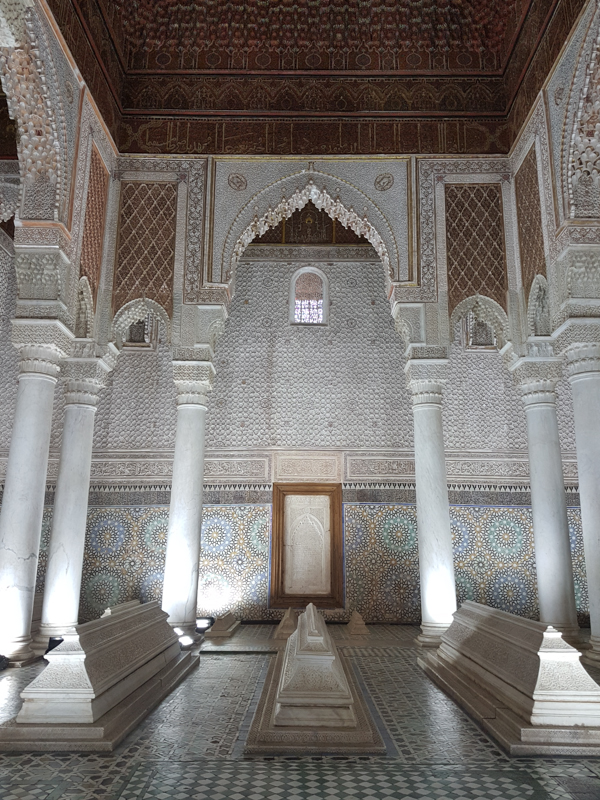 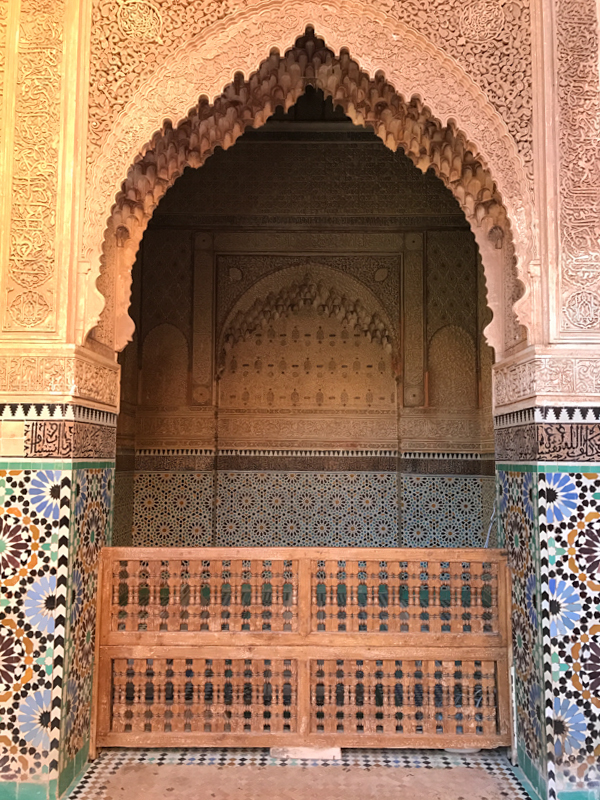 The Saadian kings, brought from Italy to Morocco, for the construction of the palaces of Marrakech, and in particular El Badi, the marble of Carrara, which they paid in sugar, weight for weight.
The tombs are very close to the Bab Agnaou gate. Going north, for 1 more kilometer, you will arrive at the place Jemaa El Fna, the nerve center of Marrakech, it has been registered since 2001, as an Intangible Heritage of Humanity by Unesco. You will find anything in this square, including one of the best exchange rates in Marrakech, Chez Ali is an address you need to know.

If you are a little hungry (literally, the portions are quite small) you could grab something to eat in one of the many rooftops surrounding the square, looking down, the streets come alive. We have eaten several times at Cafe Dabachi. The Tajines are very tasty but do not expect the service to be fast. 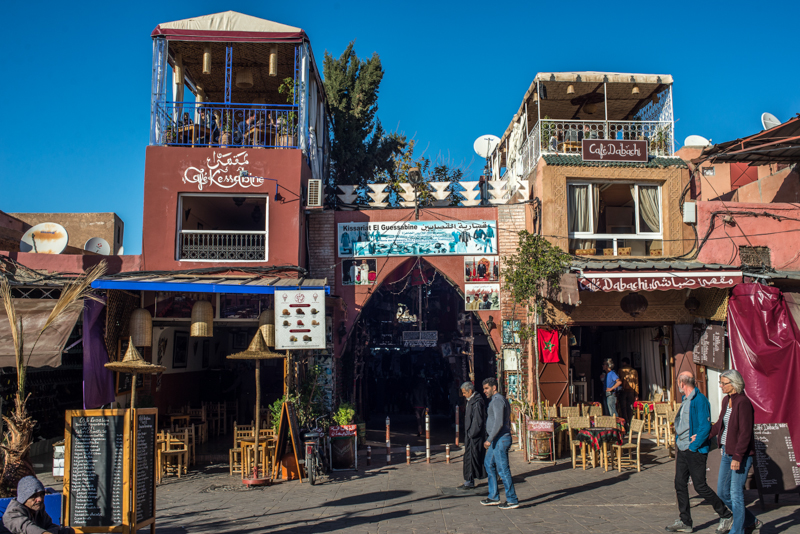 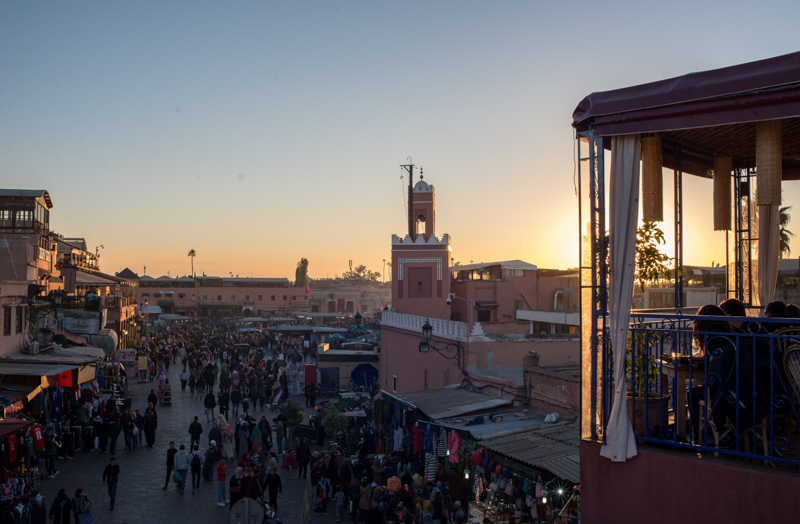 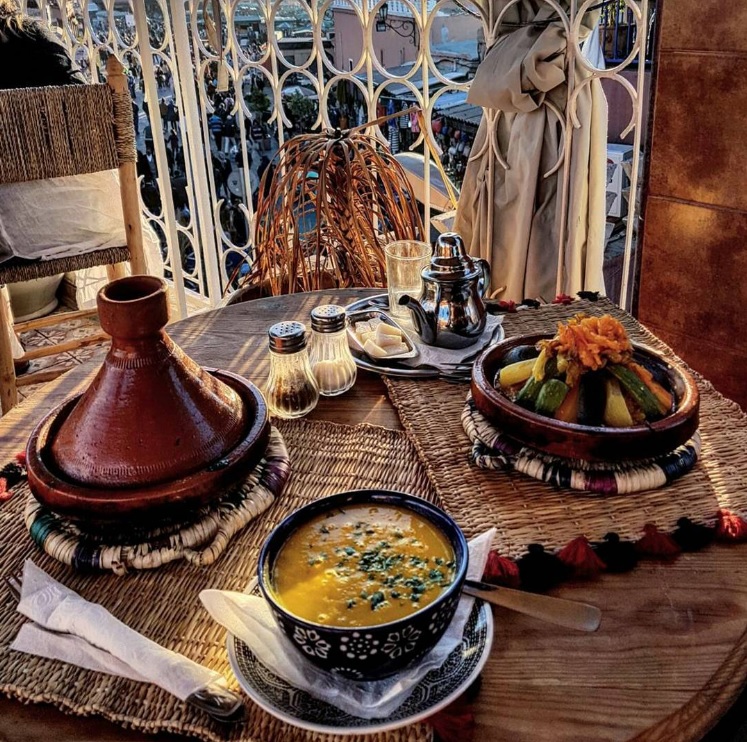 But if you fancy some luxury, Royal Mansour is one of your options. Bar, cigar bar or library, all the woodwork is handmade, whether it is for a drink or simply to admire the design work, the place is worth a visit. Also Check the spa of the hotel, it is one of the nicest and most rewarded worldwide. 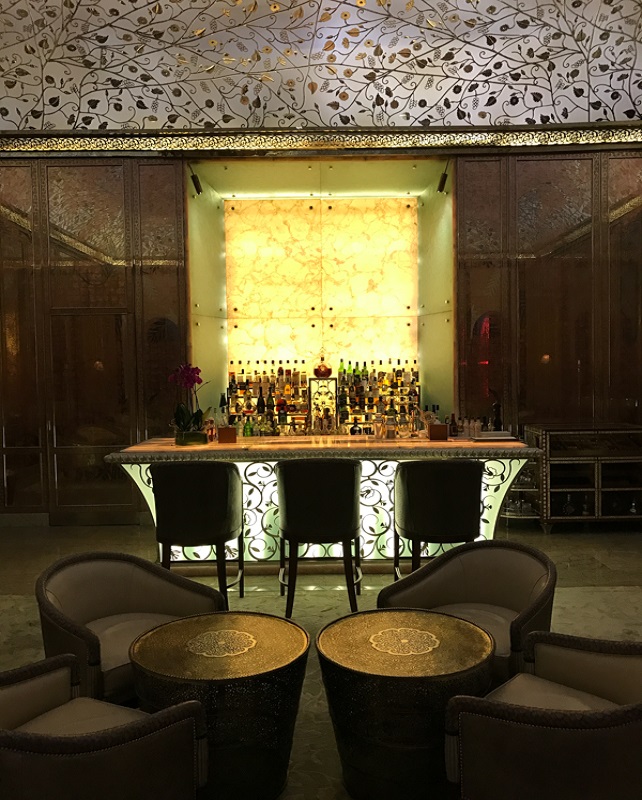 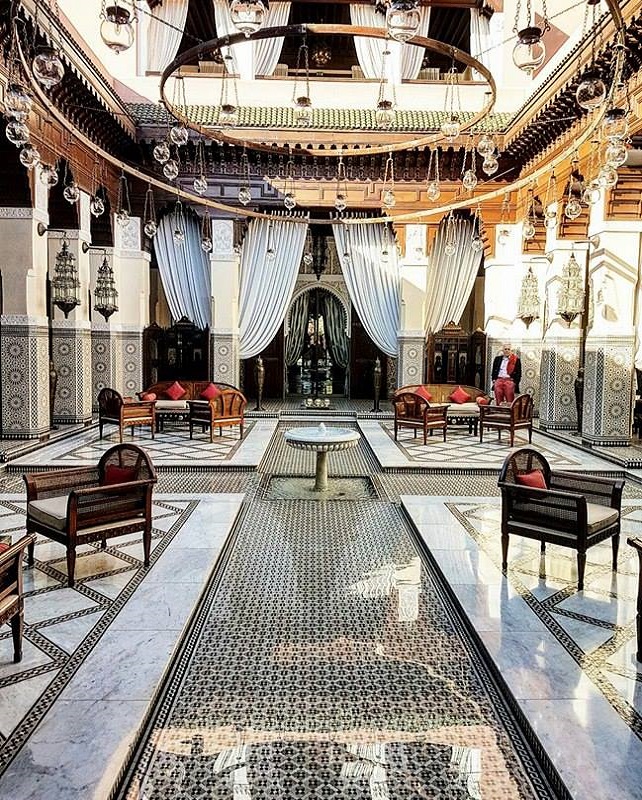 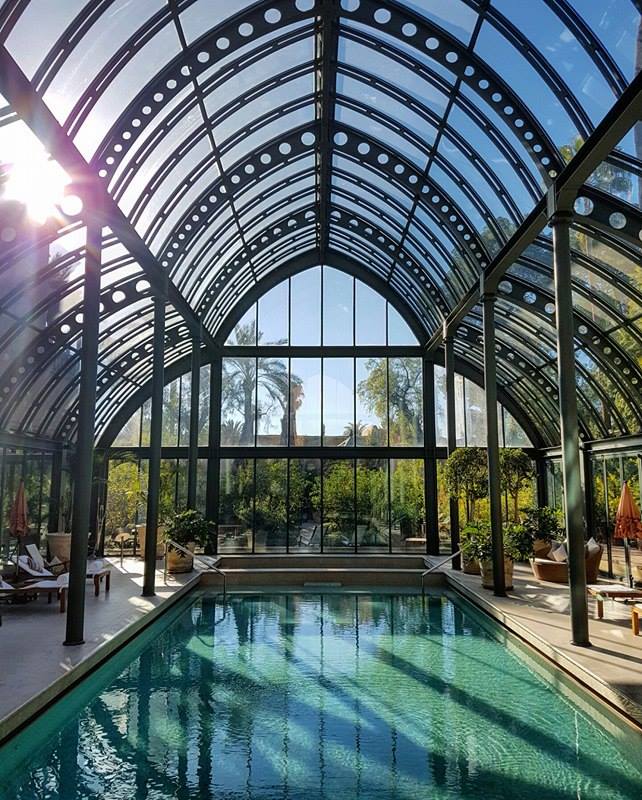 Time to go back to our riad. Not to be confused with “Riad les Cigognes”, not far from it, our taxi driver did made the mistake, we ended up walking for 30 minutes in the labyrinth of the medina. Taking a screenshot of GoogleMap could be useful before arriving next time …

Welcomed by Hayat, the friendly manager of Dar les Cigognes, she was very attentive to us the all stay. We stayed for 2 nights, in the silver room, beautiful one. The size of the bathtubs is definitely a plus for people as tall as us.

Each morning, you will find a new poem brought to your room, such a cute and original attention. As most of the riad in the medina, you can access to the rooftop where the breakfast can be served. It is beautiful, you can admire the stocks perched in their nets, as mentioned before, the El Badi palace is just few meters away. The view is really nice while having breakfast, but do not hesitate to go up in the evening to see the ocher reflections of the palace.

We started our Moroccan getaway with this riad and we fell under the spell. 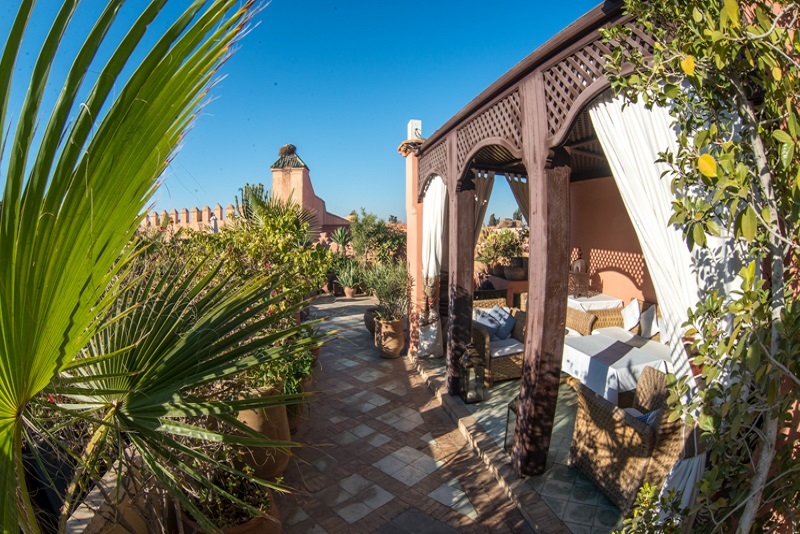 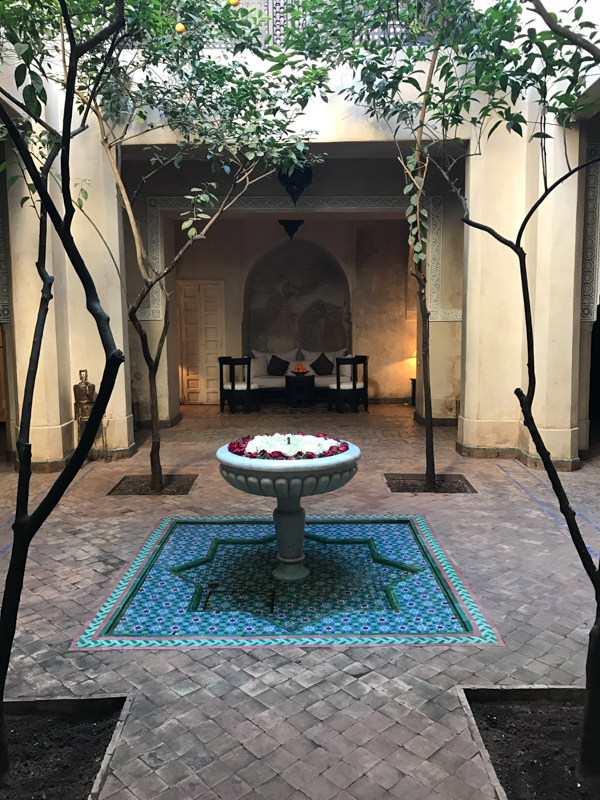 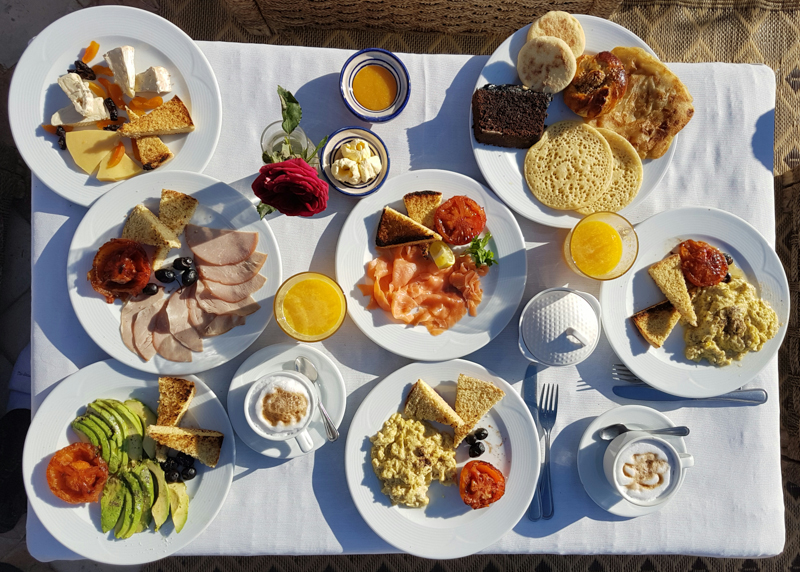 In a nutshell:
Taxi from the Airport to the Medina :