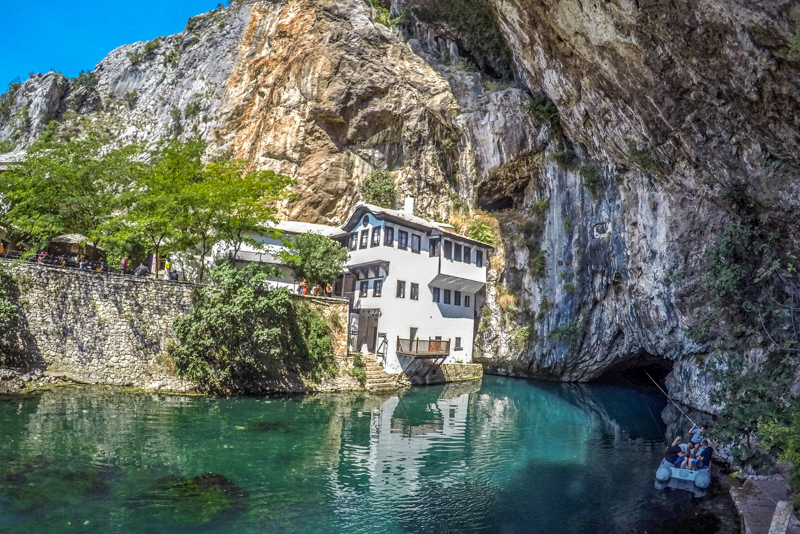 Located at the source of the Buna River, is Blagaj.

Driving 13 Kms (15 minutes) from Mostar, will take you to a timeless place.

When you reach the small town of Blagaj, you will have several parking options for travellers arriving by car. Before the official car park at the end of the impasse, you can park on either side of the road, some of the residents transform their garden into a car park during the high season.

Feel free to park in the first ones, the price will be the same, but as you get closer to Vrelo Bune, the less it circulates. In our case, it cost us 2 BAM (1 €), they watch over your vehicules, and we even had a welcome iced tea.

Tekija Blagaj, The Dervishes Monastary (Muslim), was built during the 16th Century along the Buna river, with elements of Ottoman architecture and Mediterranean style it is considered a national monument. The river emerges out of a limestone massif, then flows from the cavity for about 9 Kms before joining the Neretva River, old potteries dating back to 3000 – 2800 BC were found in that particular cave. A Dervish is a person following the Sufi ascetic, similar to Christian and Buddhist monks or Hindu sadhus.

If you want to visit it, The Tekke is now a museum open for visits all year round (4 BAM). We suggest, you then go to the opposite bank (cross the bridge and climb behind the restaurant on the left), to get a better overview. This is also here that you can get on the boat to take a better look at the cave. 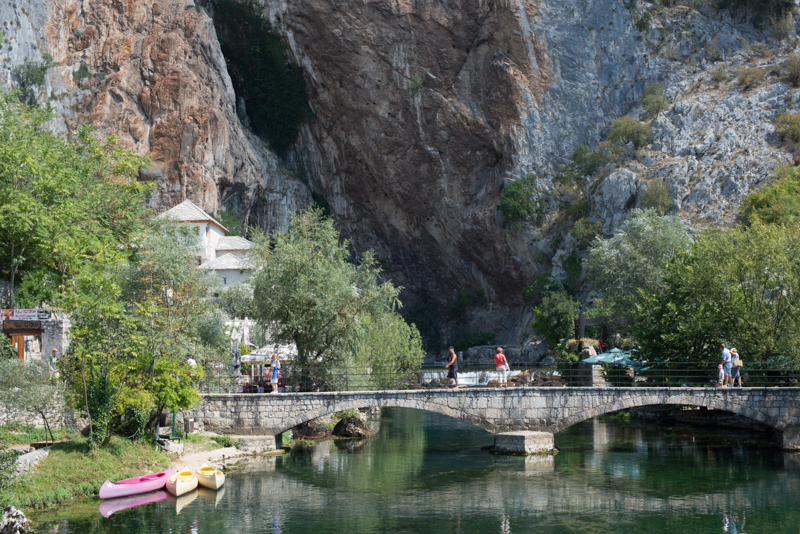 The Turbeh, a mausoleum built next door to the tekke, contains relics of Sari Saltuk and Achik Basha, both lslamic missionaries of Turkmenian origin who lived and practiced Sufism at in the mid 13th century.

Sari Saltuk, in one of his many wills, ordered eight coffins to be made after his death and sent to eight countries, but only one of them would contain his body, so that the pilgrims would travel and look for his real tomb and at the same time spread Islam. However, it is believed that the tomb in Blagaj contains his remains.

If you head to Dubrovnik or elsewhere thereafter, there is a good chance that you pass by Ivanica. You should allow some extra time to reach your next destination. We were stuck in traffic for an hour and a half. 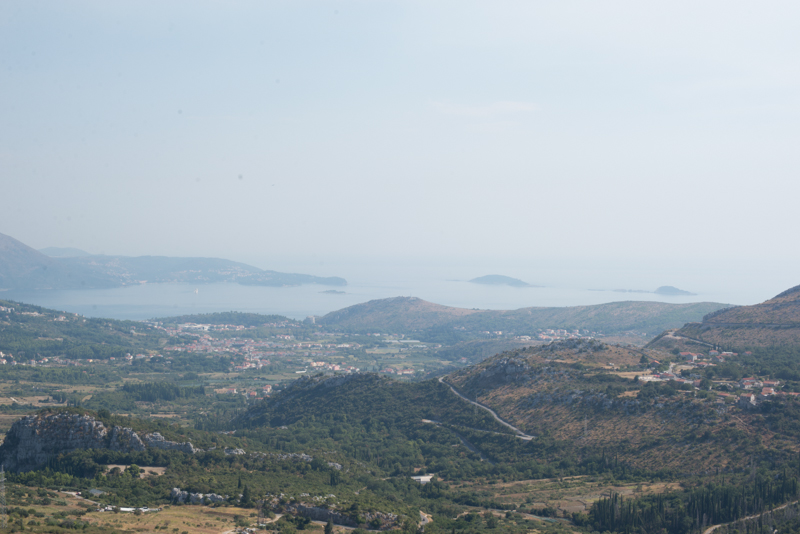